It’s one of those days. Words seem like enemy soldiers lined up on the surrounding hill tops, menacing silhouettes against a darkening sky, a firing squad waiting to pull the trigger at the slightest tremble. I tremble.

This week has seen a worrying escalation of seemingly unrelated events, and I’m struggling to make sense of it all. In America, Congress passed the National Defense Authorization Act which authorises indefinite detention without charge of anyone suspected of terrorism. In the UK, the police has listed the Occupy movement as a domestic terrorist threat. Europe looks on course for a large-scale restructuring of sovereign debt. Words are cold and hard.

But the signs of increased curtailment of liberty and enslavement to the high powers of finance are related. And they point in the direction of a gathering storm. It is time to look that storm in the eye and find out what life will look like when it hits the shore. I have more questions than answers and I claim no ability to see through time. I just need to share my loneliness and my worry.

At the heart of the problem lies a shadow banking system and the ability of commercial banks to create money. This is a state of affairs which has to change, and the sooner the better. But the immensity of that challenge is beyond me. I mean, how many people really know about how money is created, how the shadow banking system works let alone how to confront the grip of banks on political power? Having done core university modules on micro and macro economics sure didn’t help me understand any of it (granted it wasn’t exactly my favourite subject). Reading corporate news probably misled more than it informed me.

All I can do, sitting here with words of stone, is try to keep these razor blade linguistic entities in check and reach out across the horizon of my own consciousness to the imagined community I somehow feel we share.

That’s why I want you to now about these things.

There is a very informative marathon of a documentary on the evolution of the money system called the Money Masters. There is a related website with more pointers.

There is a research and campaign organisation called Positive Money, which writes an excellent blog and proposes some simple, straightforward steps to end the debt crisis. They have also produced a great introductory video to the banking system (see below).

There is a website called Zero Hedge which is dedicated to make financial information and analysis publicly available.

Theres is a dedicated team of researchers in the new economics foundation who have written widely about financial reform and who has produced a great overview of where money comes from.

And I think that is all the work I can make my words do today. 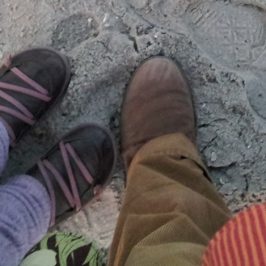 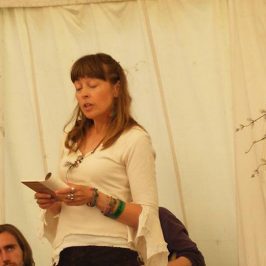 It’s been about three years since I began PatternWhichConnects. Exactly how it started I can’t...

Steve Wheeler is one of the people I’ve met who has been thinking about collapse...