Over the last two weeks I’ve had the chance to speak about some of my research at two different conferences, the RGS conference on co-production in London and Degrowth 2014 in Leipzig. I’ve always found conferences a bit daunting but it has been a warming experience to meet fellow academics and practitioners who are working in parallel to understand how the human and natural worlds are co-produced and embedded within a social-ecological communities.

It was also a chance to reflect on how some of the in-depth work on changes in worldviews that I’ve been doing connects with larger questions about the emergence of new forms of community and vernacular ways of living. It seems to me that different varieties of research into connected themes around ecology, culture and time are finding common ground and shared concepts which describe broader cultural currents in ways that move beyond sequential or linear understandings of social change.

It is both exciting and a bit unnerving to be at this stage of speaking about my research in retrospect. I realise now that having based my research practice on transparency and mutuality I’ve also committed myself to be open about how I speak about my findings. So I’ve uploaded a recording of my presentation at the RGS session on Ecosophical Geographies to show how I’m (re)presenting the Dark Mountain Project in my research and how I am growing into speaking about my work.

It’s difficult to bring subtlety into a fifteen minute talk about three years of work and there was a slight conflict between accounting for the theoretical framework and wanting to emphasise the empirical work. Although I tried to make some upfront theoretical connections at the beginning, I didn’t account for some of the underlying assumptions that support the concepts I use. There were two helpful questions after the presentation which clarified these unspoken premises.

One was from Derek Jones about the language of ’embodiment’ and the tension around trying to disassociate ourselves from the future (Derek has written some reflections on the whole session here). It wasn’t really clear from my talk how I think of (dis)embodiment and whether this might just be another dualism which separate the observer/speaker/doer/thinker/practitioner from the lifeworld. From the perspective of embodied cognition disassociation from the future is not really possible because imaginaries are a constitutive feature of the world – there is no separation between mind and body.

So I’ll try to briefly bring some clarity to this aspect of the talk. The last image of the slideshow which accompanied the presentation was my re-interpretation of one of Tim Ingold’s figures in The Perception of the Environment which positions the researcher within the centre of the lifeworld rather than as a distanced observer: 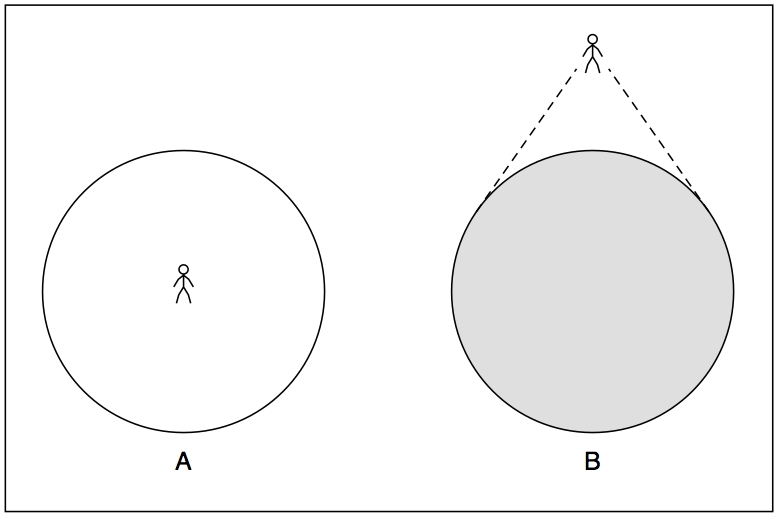 The environment viewed as (A) lifeworld and (B) globe

In my version of this figure I position the observer of the lifeworld as partaking in two movements, one of imagining and another of embodying a given vision of the world or of the future. The idea is that both movements are going on all the time (without being in opposition to each other) when we are navigating life through a continual conversation with that which lies just beyond the horizon. 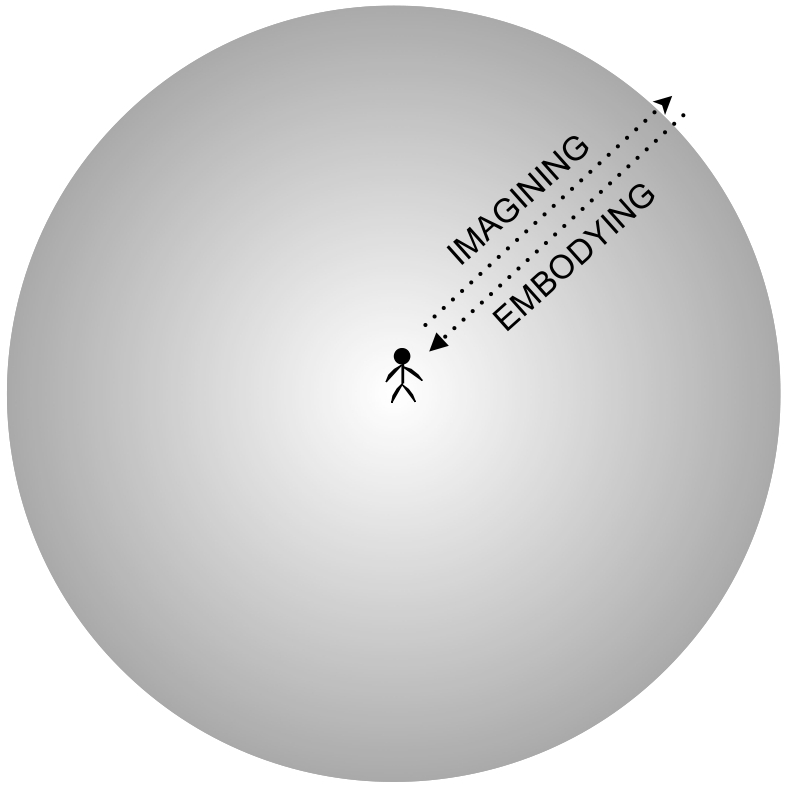 So although this figure has arrows there are not two different movements going on in opposite directions. A key insight from the literature on embodied cognition is that images and symbols are not just ‘mental’ representations but play a key role in shaping actual experiences and relationships. Language and ideas guide how we experience and enact particular kinds of worlds. The point about embodiment is that the whole system of signs that guide how we navigate the world eventually has to be placed in a lived context – not as a ground that is more ‘real’ but as a reference point from which meaning flows. And so the idea is not so much to disassociate ourselves from thinking about the future but to become aware of the ways in which particular visions of the future guide how we move in life and becoming able to articulate and embody our own visions.

The other question was from Michelle Bastian about how a different conception of time (to the linear progressive view) also represents a different theory of agency or story about how change happens. The question was something to the effect of whether and how I’ve observed this in my research. As I see it, the key point with regards to Dark Mountain’s critique of a progressive understanding of time is that it breaks the perceptual connection to one’s surroundings. So beginning to experience a ‘non-linear’ or ‘non-progressive’ notion of time is really about becoming attentive to the way in which the tendency to anticipate the future and projecting future wants onto the present disrupts one’s immediate experience of the world. As we attend to more aspects of the present our experience deepens and we simultaneously become able to act in ways that don’t play into the sequential view of agency and change. This is a practice which needs to be sustained because our culture is deeply embedded in the linear view of time. In terms of agency, this is a parallel to the Buddhist view that free will is a gradient where one is continually moving from conditioning towards greater degrees of freedom.

What I am interested in is the conditions and the ways in which a change in worldview can take place and this is an experiential question for me. So I’m not proposing that we can or should simply replace one notion of the future (or the world) with another and then begin to enact this vision within our relations. Rather, by inquiring into the root of our existing worldview we find clues to how our perspective has been constructed and by probing the edge of our assumptions about the world our sense of reality might expand in a way that brings something new to our experience of the world. This is what embodying a new idea or view or story means to me: my actual experience of the world shifts and so does my relationship with (human and more-than-human) others – it is not that an imaginary/experience becomes ’embodied’. (That’s why I’ve found the notion of the implicate order very helpful because it acknowledges that any phenomenon, including ideas of ‘self’, ‘environment’ or other, implicates all other phenomena or relations which it is ‘made of’ it in the moment we attend to it – that is to say everything else.)

Nonetheless, it is clearly problematic to use language that carries with it connotations that move against the grain of that we’re trying to communicate. This is part of the difficulty we’re finding ourselves in: how do we find new ways of speaking that can hold a different way of being in the world and doesn’t put us back on track to a fragmented, linear and enclosing view. The presentations and discussions that followed brought a lot more depth to some of the aspects of finding new vocabularies, dealing with cultural conditioning and re-conceptualising temporalities and agencies. Listening back to the presentation, there’s a lot of things that could be said better or said in addition. But even though some context and deeper points were missing it was a good experience to try and articulate parts of the research with a new group of people.

I’m hoping the next months will start providing me with a new place to speak from although I’m not quite sure how this will unfold. Depending on how things go in my viva in mid-October I’ll think of other ways to share the work. And, more importantly, I want to find new ways of doing more of the kind of inquiries that I’ve been part of during the last couple of years. 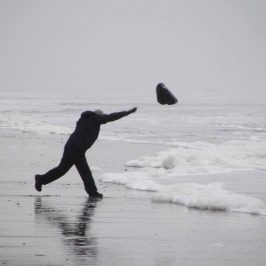 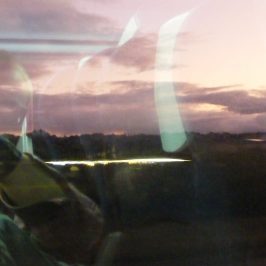 Trains, tired transformations, talkings and translucent trees. You find so many holes in time when... 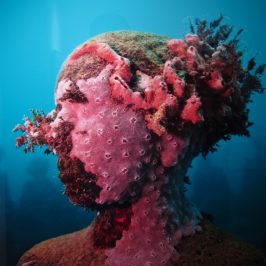 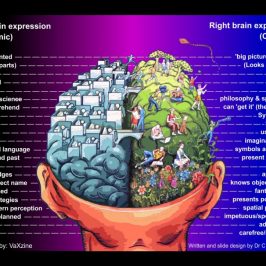 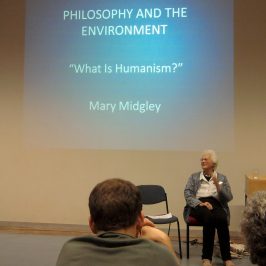 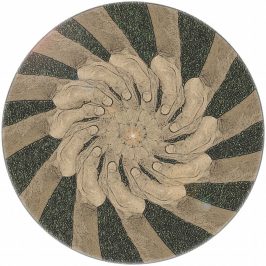 After four years of research and writing I’m happy to be able to share my...