I recently partook in a conversation about violence. Really, it was about appropriate responses to ecocide but it quickly focussed on the much narrower topic of whether violence is a legitimate response to the destruction of the community of life. When is it justifiable to use violence against an aggressor? Is it OK to destroy infrastructure which extracts, processes, distributes and auctions the toxins that are causing the sixth mass extinction? What are the criteria of ‘success’ for using violence as a tactic of resistance?

These are extremely complex and sensitive questions to which no universal answers exist. I can think of many movements where I’d say that ‘violence’ seems ‘justified’ or relatively ‘successful’ – think of the Zapatistas, the Republicans in Spain, Mandela’s Umkhonto we Sizwe, or armed resistance in the Niger Delta. Here, violent resistance was/is used in self-defence and often as a last resort. However, it is also easy to think of examples where armed struggle only led to worse repression or even annihilation.

So it seems that a discussion about ‘violence’ requires a fair few stipulations about what is meant by the word, the social and historical context in which it is used, what sort of aggressor it is used against, whether alternative means exist, etc., etc., etc. In the particular conversation I was part of this ground wasn’t prepared and our interaction quickly descended into an argument about whether ‘using violence’ is ‘right’ or ‘wrong’. The discussion got heated and our inner honchos surfaced: “Don’t you see that what you’re saying is…” Offenses where exchanged and taken, the atmosphere intensified and all possibility of dialogue was lost.

I use the word dialogue in a Bohmian sense: “a dialogue is something more of a common participation, in which we are not playing a game against each other, but with each other. In a dialogue, everybody wins” (David Bohm in On Dialogue). Bohm developed his thoughts on dialogue aiming to change the way thought processes occur collectively by making thought proprioceptive, or self-reflective. Based on the observation that our assumptions and opinions are conditioned by past thoughts which are ‘programmed’ into our memory, he explains how we tend to identify with our opinions. This can be seen when we react to the expression of an opinion different to our own by defending our particular opinion:

“But it doesn’t make sense to do this. If the opinion is right, it doesn’t need such a reaction. If it is wrong, why should you defend it? If you are identified with it, however, you do defend it. It is as if you yourself are under attack when your opinion is challenged. Opinions thus tend to be experienced as “truths”, even though they may only be your own assumptions and your own background”.

There is an important insight here about cognition which is crucial to draw out if discussion is to become dialogue. Thought can never grasp the whole, or in Bohm’s words “[e]very division of the world is a result of how we think. In actuality, the whole world is shades merging into one”. Fragmentation occurs because of thought. Bohm mentions nations, religions, and the family as examples of how thought divides and I would add that this applies to any question relating to identity. The problem arises when we forget that this division is because of thought. As Bohm says: “the process of thought thinks that it is doing nothing – that it is just telling you the way things are”.

This goes to the root of our problems whether personal or collective. A final quote from Bohm’s essay: “When we see a “problem,” whether pollution, carbon dioxide, or whatever, we then say, “We have got to solve that problem.” But we are constantly producing that sort of problem – not just that particular sort of problem, but that sort of problem – by the way we go on with our thought. If we keep thinking that the world is solely there for our convenience, then we are going to exploit it in some way, and we are going to make another problem somewhere.”

This is not to say that difference and division are not experienced as real – it is a simple point about cognition and the process of thinking. We have reproduced the fragmentation of thought in our world for so long that it can seem like it doesn’t really hang together anymore. Facing up to this fragmentation requires dealing with disconnection – unity is false whenever it comes at a cost or from a feeling of despair. In one of the most inspiring and insightful essays I have read this year, Laura Burns provides some acute reflections on this: “There is a danger, in seeking reconnection, to fear those questions that might just reveal our disconnection, our selfishness, our individuality; this is a side of ourselves that we can only move forward with, if we first begin to accept it, listen to it and ultimately question it”.

Listening. If we are going to change anything it seems to me it will be by listening and becoming aware of how and why we identify with our thoughts. Perhaps the reason why our interaction took the form of argumentation rather than dialogue when it came to speaking about violence is that this is a word which provokes extreme memories and feelings. Violence is used in extreme social circumstances and conversing about it takes us to a place of extreme emotions. Unpacking the underlying meanings of our utterances then becomes much harder because we first have to deal with the tension and inner conflict we feel. Whatever the reasons, it is always regrettable and disappointing when we let that tension find demeaning and patronising voices.

What do we do when we find ourselves engaged in stories about violence or other tales which activate deep feelings of loss, trauma or anguish? Attention to the form a conversation takes seems crucial; a recognition that these are difficult stories and that we have entered sensitive ground. Connecting with our respect and love for each other as a starting point for our interaction. Taking a statement from Laura Burns into a slightly different context than it was written: “sometimes it is enough to remember, to remember that the possibility of being connected is always present, we just have to become present to it, re-imagine our connection by delving deep into what it means to be communal individuals”. This seems to be necessary for conversation to become dialogue and for our thought to be together. 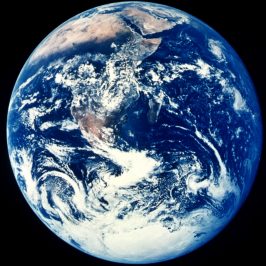 I wanted to write a sort of introductory piece to Gaia. This turned out to... 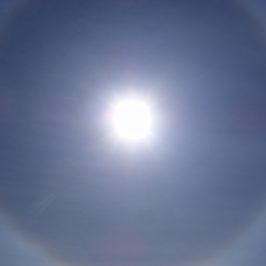 Happy New Year. May the coming year bring you strength and joyous times wherever you...