Ever since I started reading Wittgenstein as an undergraduate I have been fascinated by the power of words to invoke and create meanings and, ultimately, reality. One of the few quotes that has stayed with me over the years is his simple but beautiful statement “words have meaning only in the stream of life”. This places understanding of ourselves and each other in the public realm, in the stream of life, and dispels any illusion that there is a hidden mental process going on which we cannot know in the activity of understanding. Rather than being a mental state, understanding must itself be understood in the life history of any speaker.

Living in a public world we arrive at shared understandings of the world, invent and represent new meanings and in the process co-create reality. We narrate our existence and this narration in itself affects the outcome of the story we tell. Thoughts are structured by the way we arrange words – thought processes are so intimately linked to words (symbols/signs) that one is tempted to equate the two. In a long standing debate with one of my closest friends this equation has been hotly contested; he is a musician and contends that not all thought is mere symbolic representation and that form plays a crucial role as well.

Leaving any conclusion as to the definitive nature of thought open, I am nevertheless continually surprised about the power of words to create reality. Anthropologist Misia Landau puts it this way ”language is not merely a device for communicating ideas about the world, but rather a tool for bringing the world into existence in the first place. Reality is not simply experienced or reflected in language but is instead actually produced by language – a tale that becomes true as it is told”. If you think this might sound a little extreme, listen out.

If you have checked out the audio room over at the library you know that I am a great fan of Radiolab (editorial note: the library will be expanded very soon). In their “Words” episode, Radiolab explores the world without words. In interviews with Susan Schaller and Ann Senghas we get an understanding of what the world is like for deaf people who have never learnt sign language – words do indeed create the world. Charles Fernyhough argues that most children below six years old don’t actually think in the way we normally understand the word and James Shapiro explains how Shakespeare actually created new ways of seeing the world through the invention of new words.

What fascinated me the most however, was the story of Jill Bolte Taylor. She is a brain scientist who had the, according to her, fortune to experience having a stroke and witnessing her own brain slowly shutting down. She describes how she switched between having an understanding of what was happening and slowly being paralysed. In this process she had the profound experience of not only being Jill Bolte Taylor but also being so incredibly large that she encompassed the entirety of existence. Asked whether she’d prefer to be Jill (with manual dexterity) or the universe (paralysed and unable to distinguish or name separate objects) she doesn’t know what she’d choose.

Jill also gave a TED talk which you will find here. She argues that it is possible for all of us to be both persons with a name and a life history and “the life force power of the universe”. All we have to do is to shut off the constant background chatter. I highly recommend you check it out. And when we return from the silence where there are no boundaries maybe we should choose our words with care. 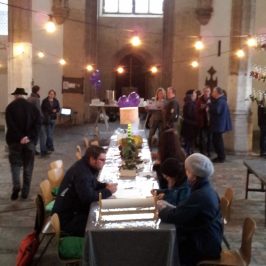 After the disappointment of getting ill and missing what sounds like two fantastic days of... 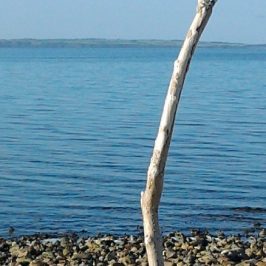 I had the good fortune to come across the imagineNATIVE film and media arts festival... 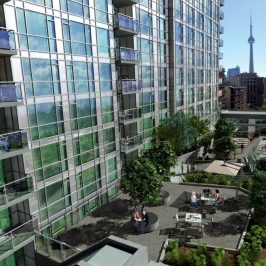 Carolyn Steel is an architect who got interested in what would happen if she described...