I’d like to know if someone out there has done a qualitative comparison of attitudes to ‘feminism’ across different nationalities. It might well have been done, I have never studied gender beyond my general interest in politics but here is my modest contribution to understanding what is going on with Denmark and feminism. Coming from one of those countries that are generally regarded to have had a revolution with regard to sex and that embodies an egalitarian societal structure (‘regarded’ is maybe a key word here) I am surprised at the number of my male Danish friends that do not consider themselves feminist and some even do not recognise that they themselves could be feminists.

To them ‘feminism’ must then be an exclusive approach to the world, one only women can truly embody. The ‘male’ and ‘female’ are positioned against each other and the dividing line is ‘sex’. In this way ‘feminist’ politics becomes less a matter of questioning social relations and more about negotiating issues such as equal opportunities or pay. So the real issues feminism raises are transformed to fit the established playing field of politics which centres on function and where the action is envisioned as problem (crisis) solving and legislating. Maybe by the same logic some men do not think they can be racist because they are not white. The funny thing is that it is not just men who seem indifferent, antagonistic even, towards feminism, many of my female friends do too. In Denmark we had a female Minister of Social Affairs who, not too long ago, stated that we already have equality between men and women, i.e. the struggle is over.

What happened to the personal is political? Is it that my friends and I are part of a generation that has never had to fight for our rights or that we have tacitly accepted to be apolitical animals in the neoliberal hegemony? No. Speaking for this particular set of friends that is not the case; we are well aware of the havoc caused by our culture and we know that the struggle for rights is unending and perhaps needed more now than ever. I think the rejection of feminism points to something deeper about contemporary culture and society (at least in Denmark and I’d love to know if cross-cultural comparisons have been made) which is the coming of age of a generation with a serious dualism addiction.

Dualism addiction? If you’ve never heard of this you better wake up and hide your children because it is far worse than workaholism (which might in fact be caused by dualism addiction), TVism, shopaholism or any drug addiction (yes, including heroin). It is caused by a strong attraction towards simple answers which, coupled with a risk-averse mindset, could lead to uncritical thinking and, if this goes unnoticed for a longer period of time, eventually dualism addiction. Dualism is, as is well-known, a useful heuristic for making sense of certain aspects of the world but when it becomes an addiction it gives rise to a state of intense reductionism which develops into blinkers. This means that the world, although generally not perceived without colours, in some sense becomes black or white. An either/or reality where finer nuances are blurred behind a comfortable feeling of knowing the world. Dualism addiction is also suspected of causing an increase in the subjective experience of time and a lack of sensitivity to mystery and the largeness of the universe.

Cutting out the finer shades of reality this illness diminishes inquisitive attitudes to the world and causes any comprehension of feminism to be built on a reaction against a caricature of ‘feminists’ trapped in victimised screams of agony. (On an unrelated note: observing how effective society at large is at marginalising voices that go against the status quo one might suspect dualism addiction has already infected the machinery of modern society. Another aspect of dualism addiction is that it makes the afflicted person subject to ignorance of the history of civil rights struggles.) Under the influence of hardcore dualism feminism is solely ‘crazy’, ‘loud’ and ‘really quite uncomfortable’. Well, it is all of those things. The real danger of dualism addiction is that it is in part an explanation of reality but leads the infected to believe it is the whole of reality. Very strong stuff, see.

This means that the feminism that is liberating, joyous and loving is hidden. Focussing on one side of the coin easily leads to a complete misunderstanding of what feminism does. Feminism changes the playing field of politics itself by questioning the norms by which we continue to reproduce an unequal world. It does so by allowing us to face up to the roles we play in society but also in our individual lives. It is perhaps the most potent antidote to doctrines of inequality because it brings attention to the power mechanisms underlying our very own personal relationships. In this way it facilitates empowerment of both men and women and contributes to increased levels of awareness and heightened sensitivity to one’s surroundings. And, as Starhawk explains, new possibilities arise when the playing field shifts and we begin responding differently to oppressive patterns of behaviour:

“Systems of punishment generate four basic responses. We can comply, rebel, withdraw, or manipulate. All confirm the power of the system because they respond to rather than challenge the reality the system has created. Another sort of response is possible. I call it resistance, or empowered action – action that does not accept the terms of the system, action that creates a new reality.”

Under the influence of heavy dualism this empowering and liberating aspect of feminism is entirely missed out and feminism is recast in the discourse it seeks to undermine. It is then seen as an doctrine that women are somehow innately ‘better’, ‘kinder’ or ‘more compassionate’ than men. Worse, it reinforces the division of men and women by staging male and female qualities in a kind of absolutist battle playing right into the hands of the patriarchal worldview where men are seen as weak if they possess ‘female’ values or qualities. And the battle is waged on two fronts: men are alienated from what is labelled ‘female qualities’ while women either have to accept the role as the weaker sex or become Margarets, Condolezzas, or go Gaga.

I suspect dualism addiction might also be involved in other contemporary political issues in Denmark such as xenophobia, rampant populism and lack of critical journalism. This remains to be seen. If you have any information on the possible spread of this disease across other cultures and its effects on attitudes towards feminism or other radical politics I’d really like to hear from you.

What is the Heart-Mind Computer? I offer you my initial thoughts and visions for the... 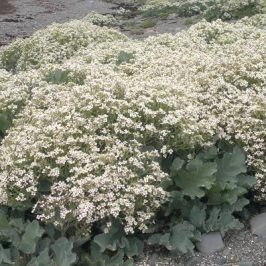 I first met Charlotte Du Cann at a Transition meeting in Norwich years before I...